“Another fresh new year is here . . .
Another year to live!
To banish worry, doubt, and fear,
To love and laugh and give!

This bright new year is given me
To live each day with zest . . .
To daily grow and try to be
My highest and my best!

I have the opportunity
Once more to right some wrongs,
To pray for peace, to plant a tree,
And sing more joyful songs!”

So You Want to Be a Journalist

Posted by Unknown at 5:20 PM No comments: 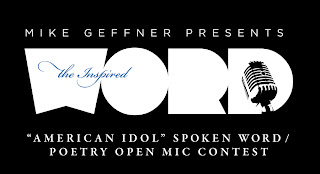 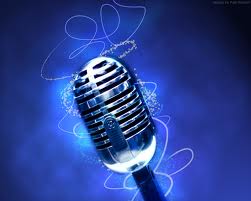 "Look, if you had one shot, or one opportunity
To seize everything you ever wanted in one moment
Would you capture it? Or just let it slip?"
- Eminem, Lose Yourself


For all those poets and spoken word artists looking to feature at NYC's hottest new spoken word poetry event, The Inspired Word, here's your big chance.

No more claiming to be the greatest - prove it! Put your money where your mouth is and your mouth where the mic is!

The first 25 poets/spoken word artists to sign up for the open mic will get a shot at winning a PAID feature spot at an Inspired Word event during 2011.

Here's how it works:

Every contestant gets ONE shot to blow - for 3 minutes and 3 minutes ONLY (go over the time limit and you'll not only lose SERIOUS points with the judges but likely blow your chances of winning).

WARNING: No hate speech of any kind will be tolerated.

The winner will be decided at the end of the night by a consensus vote from our panel of three judges, our own version of Simon, Randy, and Paula, who will be offering no-holds barred critiques after each performance. 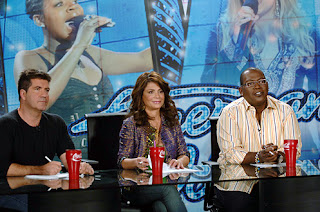 Another Warning: If you can't take the heat of some criticism, don't come into this kitchen..

IF YOU'VE ALREADY FEATURED AT THE INSPIRED WORD OR SCHEDULED TO FEATURE, YOU ARE NOT ELIGIBLE FOR THIS EVENT.

This is a regular Inspired Word feature, staged four times a year - in the Spring, Summer, Fall, and Winter.

It's our way to not only level the playing field but ti discover great new talent.

Good luck to all of you !

Remember: "You only get one shot, do not miss your chance to blow."

Posted by Unknown at 9:05 PM No comments:

In addition, there will a 12-slot open mic (open to ALL types of artists).

JLove Calderón is an author, activist, and social entrepreneur workingon issues of social justice, race, and gender. She has authored four award-winning books, and produces book publishing seminars nationally. Her first novel inspired by a true story, That White Girl, has been optioned for film. For her book Love, Race, and Liberation; 'Til the White Day is Done, she was a finalist in the Social Change category of the 2010 National Indie Excellence Awards. She graduated Cum Laude from San Diego State University with a B.A. in Africana Studies and received her M.A. in Education from Long Island University. For more info, visit www.jlovecalderon.com

Steve Colman is a poet, playwright, producer, and director. He co-wrote and starred in the Tony Award-winning Russell Simmons' Def Poetry Jam on Broadway and co-conceived and assistant directed Sarah Jones’s Tony Award-winning Broadway hit Bridge and Tunnel, which was originally produced by Meryl Streep. He also produced Lemon Andersen's critically acclaimed County of Kings at The Public Theater. Colman began performing poetry at the Nuyorican Poets Café on Manhattan's Lower East Side. He won the National Poetry Slam championship as a member of the 1998 Nuyorican Poets Café slam team.

Posted by Unknown at 2:52 AM No comments: