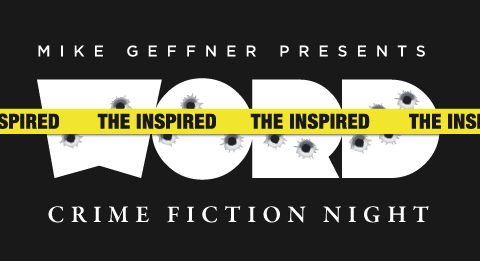 In addition to Mr. Cook and Mr. DeSilva, there will be a 12-slot open mic (open to all types of artists).

Thomas H. Cook is the author of twenty-five novels and two works of non-fiction. He has been nominated seven times for the EDGAR ALLAN POE AWARD in five different categories. His book, THE ChATHAM SCHOOL AFFAIR won the EDGAR for Best Novel in 1996. In addition his works have won the MARTIN BECK AWARD of the Swedish Academy of Detection twice, the only author ever to have done so. His book, RED LEAVES, won the Barry Award and he has been nominated for the Macavity, the Anthony, the Silver Dagger from the British Association of Crime Writers and the Hammett Prize. His short story, "Fatherhood" won the Herodotus Prize. His books have been translated into twenty languages. He lives with his family in Cape Cod and New York City. 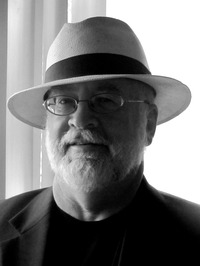 Bruce DeSilva worked as a journalist for 40 years, most recently as a senior editor for The Associated Press, before retiring to write crime novels full time. Stories edited by DeSilva have won virtually every major journalism prize including the Polk Award (twice), the Livingston (twice), the ASNE, and the Batten Medal. He also edited two Pulitzer finalists and helped edit a Pulitzer winner. His first novel, "Rogue Island," is being praised by 14 A-list crime writers including Dennis Lehane, Harlan Coben and Michael Connelly and has received rave reviews from The New York Times, The Associated Press, and KIrkus Reviews, to name just a few. The Dallas Morning News said the novel "raises the bar for all books of its kind." The Washington Post called it "as good and true a look at the news game as you'll find this side of "The Front Page." And Publisher's Weekly called its protagonist "a masterpiece of irreverence and street savvy." DeSilva is also a book critic whose reviews have appeared in The New York Times book review section and continue to be published occasioonally by The Associated Press. He and his wife Patricia Smith, an award-winning poet, live in Howell, NJ, with their granddaughter Mikaila and an enormous Bernese Mountain Dog named Brady. For more info, please visit his website http://brucedesilva.com/ and blog: http://brucedesilva.wordpress.com/